I recently posted on Facebook after reading a thoughtful article about the “existential slap” one can experience in the face of a traumatic or life changing event. I decided to post it again here.

My existential slap occurred about a week or two after my stage 4 diagnosis. I woke up sobbing in the middle of the night, paralyzed with massive anxiety. I had to sob it out while my husband held me and cried with me. When I was done he gave me my anti anxiety meds and cradled me until dawn. I don’t ever want to feel that way again. Knowing you are dying is different from thinking you might die someday. It removes the hypothetical. I was left on a pile of rubble and had to rebuild my life through a new context of urgency.

The urgency I feel is pervasive in almost everything I do. It’s like the clock in Peter Pan that stalks Captain Hook and never goes away. I have so much to celebrate at the moment with the engagement of Kelsey and Evan, but none the less, the clock ticks. They have chosen the 75th wedding anniversary of my parents to get married, August 25th. 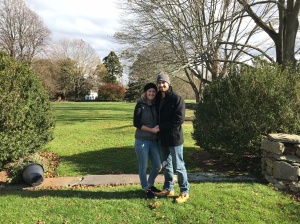 I don’t usually share much about my medical fine points but my most recent blood work showed a disturbing increase in my tumor markers after a year and a half without much change. Is the cancer dragon waking up and coming back? I don’t know but between the tumor markers and a recurrent pain in the right side of my chest, yes, I am worried. My Pet scan is not until the end of January which brings plenty of anticipatory anxiety whenever it is. After much debate, we decided not to do it earlier but wait it out until after the holidays. Red herring? Don’t know but it lives uneasily inside me like a now ticking time bomb. I dread going back to IV chemotherapy and weekly dates at Cancerland but we know that sooner or later we are going there. Praying for new and improved drug regimes until then. Research not ribbons, right? 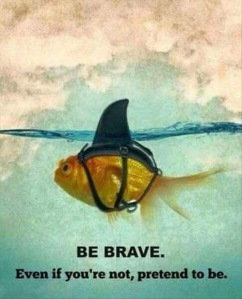 Back to that urgency I feel. We have thrown ourselves into wedding planning mode, not because we have to, but because I want everything set and finalized while I am still off chemo and have the energy that I might not have later. Kelsey looks at me with panic-stricken eyes but I believe I will get to August 25th one way or another, bald or not. I am present now, everywhere in her and the little coconut’s lives and I want to be present as much and as long as I can. It is not enough, but I know I will always be with her.