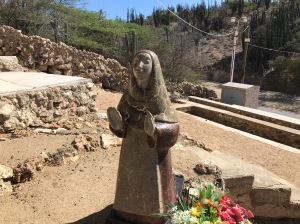 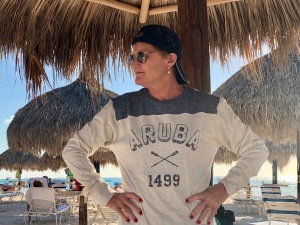 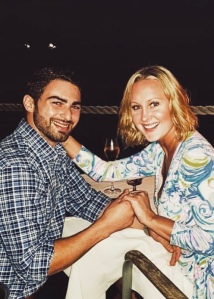 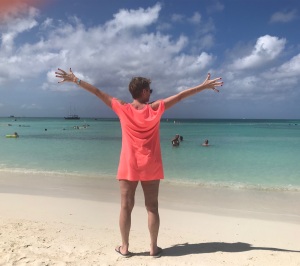 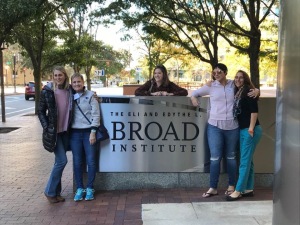 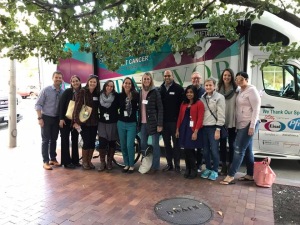 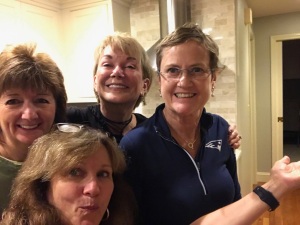 I know, I know. It’s been a month since I’ve blogged. A lot has been going on in my little corner of the universe, lots of changes. In no particular order:

1. Blanket and I went to Washington, DC on Metastatic Breast Cancer Awareness Day (yippee we get one whole day of awareness) to meet up with our Metavivor/Met-up friends to protest on the lawn of Capital Hill for more research funding and the “Right to Try Act” which would allow people with a terminal illness to apply to pharmaceutical companies for the right to try not yet approved drugs in a last-ditch effort to prolong life. 114 men and women silently laid down on the ground to represent the number of people who die EVERY day in the United States of MBC as a bell rang for each one. Pretty damn quiet and sad. Chilling really….

We then broke into teams to meet with our respective law makers to lobby for this further and tell our individual stories–to put faces to the statistics.  Not a particularly tough task if you are from Massachusetts–we met with aides for Warren, Lynch and Kennedy who needed little convincing about our demand for more NIH spending on metastatic research, and our fear of affordable care cuts with pre-existing conditions and lifetime caps. One legislative aide burst into tears! We were also paired with the team from Arizona and met their peeps including Senator Flake’s aide.  It was pretty awesome to march all over Capital Hill to the various legislator’s offices and see behind the curtain. Who knew they were spread out all over the place. It was a lot of walking!

I rounded out the day by posing half nude on the lawn of Capital Hill with another MBC patient as part of the Grace Project–photographing MBC patients with all their scars in full view. Hey, I have nothing to lose at this point. If anything I might have been arrested which would have made for an interesting story for the coconuts.

2. After that very long weekend away, we met up with the Metavivor RV and Beth Fairchild, Kelli Davis and Lisa Cooper Quinn to meet with and tour the MBC Project at the Broad Institute at MIT.  We got to meet our heroes, Corrie Painter and Dr. Nick Wagle and share our stories and visit the extensive labs and hear first hand what it happening just ahead of the first data release. Four metastatic women from different parts of the country tied together by one deadly disease. It does not discriminate by age or background.

The most surprising part of this visit was that during some down time, while we were being filmed individually, Dr. Nick casually mentioned that only 7 MBC patients at Dana Farber had responded to immunotherapy and that I had responded the most. What!? Are you talking about me? “Yes,” he said, ” I knew you were patient X as soon as you told your story. We are studying you and 2 other patients closely–the 3 of you mutated from ER+ to Triple Negative Breast Cancer and responded to the trial drug. You have responded the longest of everyone.We are wondering if that holds the key to something important.” Ya, I almost fell off my chair. After I recovered I realized that it would be pretty amazing if I had a teeny, tiny part in all this. Of course Blanket wasn’t there for this possibly historic moment, having wandered off for a nap! Aaargh!!

3.Well I did it! I finally retired amongst much hoopla and called it a day. It was difficult but not completely awful. The field hockey team donated $500 to Metavivor. The soccer moms sold Metavivor tee shirts. The faculty threw me an all day party and lots of people stopped by, including little coconut, to say good-bye. I felt pretty numb through it all, like I’m waiting to wake up. To be honest I don’t think it will really hit me until next September, the first time in my life I won’t be going back to school with all the kids. Until then it’s like summer vacation, but early. The significance of my birthday that day, although a big one, was also lost on me. I barely think of myself as an adult, never mind an older one! Dinner followed with family and friends and just as suddenly we were off to Aruba for 9 days!

4. In Aruba I had more time to relax and process everything that has been happening lately. Tim and I rented a UTV and explored a bit on our own, in search of an Aruban grotto that is a replica of the shrine at Lourdes in France. Not the easiest to find but it was lovely. Another place to reflect and ponder the stuff that is happening to me and of course, leave a token in the wax covered wall for me and all my mets sisters.

I tend to ruminate, shocker!!  I do not know anyone nearby with MBC. My relationships with other women are long distance and virtual really, although it was great to meet people face to face in Washington.  But….It’s lonely here. In my solitariness it is hard to come to grips with my illness and the fatality of it when everyone around me tells me otherwise–“you look so great, you are so strong, you are traveling so much” etc. The record in my head is on repeat saying “nope, not true”. It’s easy, especially for my kids, to forget how sick I was and how close to dying I was. Who wouldn’t want to forget about that and see their mother whole again? But I know from my recent check up at Cancer World that its only a matter of time. They expect/assume I will become sick again and start the cycle over. No one out runs MBC, so as much as I start to distance myself as being different from the others, I know I will become exactly like them again.  Scan, treat, repeat.

Some really big leaders in the MBC world have died recently. Some days I want to shout for help from the rooftops and other days I want to run away and live my life in complete denial. After all, I am one of the lucky ones who benefitted from an experimental trial medication when hardly anyone with MBC does. Yet, I can’t turn my back to it, I just can’t. If the leaders of the group who fight and speak out for us all die one by one, others need to step forward until they too die. Everything in Cancer World moves at a glacial place because of this…..the reason we are making more media headway this October is patient driven. More and more women are willing to speak out and tell their awful stories and fight for a place at the pink table. I am not going out without swinging.

5. Enough gloom and doom. Big news–Head Coconut became engaged in the Cayman Islands! Yup, Evan put a ring on it. She is over the moon with happiness and joy which is awesome to see and experience. Of course Little Coconut has resurfaced out of the wood work to start planning the big event and we in turn,  are now calling her Bridgezilla. She is so bossy! So surprising! Now that I am retired it is exciting to have a family project to work on–so many details!!!

6. My beautiful niece/god-daughter gave birth unexpectedly early and we have welcomed tiny baby Liam! A new baby and a wedding–so much joy to be here for, still alive!

7. We rounded the month out with Little Coconut’s second annual Friendsgiving. Tim was tasked with cooking the turkeys and it was a blast to hang out with 25 young peeps, so full of laughter and optimism, untainted yet by life’s cruelties. There were games, shouting, drinking and merriment. Little Coconut wore her “let’s get basted” tee-shirt and turkey hat and entertained the crowd.  She is hilarious in her element.

So it’s been a mixed bag of parting ways with friends and co-workers whom I love, big experiences in the MBC world, and the joy and enthusiasm of youth coming together. Of course I have also spent time with friends and gotten up to the usual shenanigans. Life is full.

The song I chose is an old Irish tune usually sung at the end of parties or celebrations or funerals, really at any parting.  It means a lot to me given life’s recent events.

Till the next time, sometime in this life,