Sometimes things conspire to come together in surprising ways. For no apparent reason the phrase “let it go” has popped up repeatedly in the past week. A contestant on The Voice sings a favorite James Bay song : “Let It Go.” A poster to my news feed quotes Caroline Myss. Someone in conversation casually tells me to just “let it go.” I hear myself saying it to my daughter. Okay I get it!

The universe is sending me a message to let it go, but what exactly am I letting go of?  I have been through a lot of stuff in my life, good and a lot of bad. I have to let go of the bad stuff in order to move forward but it is hard. Really hard. I was diagnosed with breast cancer 13 and a half years ago. When I look into the beautiful blue eyes of my daughters I see what is looking back at me–2 young women who were robbed of some part of their innocence at ages 11 and 13, going through adolescence, a time when they should have been rebelling and fighting for independence from me, but instead were clinging to the big scary stuff that I might not stick around. Their whole young lives have been infused with emotional pain–they have grown up knowing all about something they shouldn’t have to know about and now must fear themselves. I can’t change that, I have to let it go. 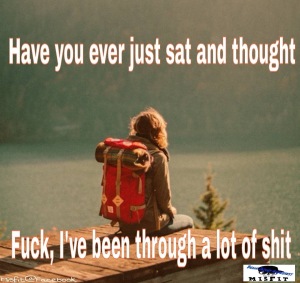 For months I brooded about a baby I miscarried and all the possibilities that vanished along with it–I had to let it go in order to go on and create a crazy little family with Tim and the coconuts.

My sister died of MBC, I had to let it go in order to go forward with my own treatments. I had to let go of my body— poison and burn and scar it to let go of the cancer. I have an incision from one hip to the other to harvest all of my abdominal fat, transplant it to my chest and create “breasts.” I have a prosthetic belly button and nipples, scars up and down my chest and under my left arm. I have to look into Tim Blanket’s eyes when he sees the scars and know the pain he feels. I have to let go or it will consume me.

I once asked Tim about renewing our marriage vows–his answer was a speedy and resounding no! He followed with “I said my vows to you once and I meant it, to say it again would take away from the power of that.” Of course he’s right and apparently he really, really meant it the first time!

I thought I had a long, happy life ahead of me with Tim and the coconuts. That has been truncated significantly and I have to adjust to thinking in terms of months, not years. I have to let it go. Be grateful for what I have, not what is lost.

I guess I am on a bit of an emotional downer. After the terrorist attacks in Paris last week I could not bear to post my usual silliness on Face Book or to joke around which is pretty much my life line. I felt burdened, heavy about all that is wrong and broken in people. I have to let go of that–otherwise the terrorists have some hold on 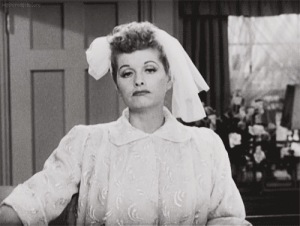 me and there are too many good things in the world to brood on that.

A women in my town sent out a simple request for the Food Pantry and was able to make 23 food baskets for needy families for Thanksgiving. It took close to zero effort to donate 10 cans of cranberry sauce. I want to focus on the local not the global. Yet, the metastatic breast cancer community keeps calling out to me—-we need help. Several women I have met on-line died this month of MBC. We need understanding, awareness and money for research–it is the deadliest of breast cancers and we can’t be pushed away from the table and the conversation. My daughters need a cure for this if they are going to live a long life. That I will not let go of.

Thanksgiving arrives this week. We will eat lots and be on total dog management with Kelsey’s rescue dog. The cats are so excited by that I can’t even tell you. I intend to give a lot of thanks and gratitude to my friends, colleagues, and family for sticking with me and not letting go.

Chemo is going very well–much better than the first line that ruined my stomach, my blood counts and gave me bloody noses. No more vomiting, back to all the foods I like. My new side effects are hot flashes and occasional flu-like symptoms and my ankles/feet swell at the end of the day. That I can take !!!! All good. Let’s hope it’s working to  kill the seven dwarfs, Fred and his friends. Won’t know that until the New Year. Letting it go until then.

Lastly, Tim and I were able to go the state final for our beloved high school soccer team. The boys resoundingly won and took the first state title in the high school’s history!! Since Tim and I have attended 5 state finals in the last 10 years (boys baseball, girls’ basketball x 2, girls’ soccer) and we have won every time, I think it is because of me and Tim. Go Tigers!!!

Happy and Blessed Thanksgiving to you all!!! Tender Mercies are everywhere. Look for them.

Barbara, Blanket, Lasagna and the RN