I bet you didn’t expect to hear from me so soon. Well, let’s dig into the yucky stuff first before we get to the really good stuff. I like to build suspense!

I am so appreciative of all you nice people who took note that I was headed back to Cancer land to see the chief lung guy and took the time to ask me about it. So….. as many of you know I have likened my early days at Cancer land as akin to Alice in Wonderland falling down the rabbit hole. This trip to the next door palace was no different. A two hour drive from the Cape and lots of circling in the parking garage which is not known for its wicked smaht lay out although we did spot Nick Wagle there. Entering the palace is a bit like getting on the LA freeway. Up some escalators and onto the Pike which is massive. The exits off the pike are numerous and each leads to a different department or disease. Lining this cavernous hall are like a bazillion patients and medical types hurriedly getting their results or coffee or rushing to surgeries. It is nutty!

Anyway, Tim Blanket and I find our way, with lots of assistance from the hall monitors, to chief lung guy’s office which isn’t so big. A lovely medical assistant ushers us in to perform a myriad of lung tests. I clamped my nose and inhaled deeply and blew into a plastic tube at least 10 times. Next she clipped a finger monitor on me and announced we were going for a walk. Back out to the Pike and off we went, kinda like having a body guard with me. We roamed and went up and down stairs, looking at the glassed over patients drifting the road, seemingly listlessly. As usual I thought what the heck am I doing here? I’m not sick! 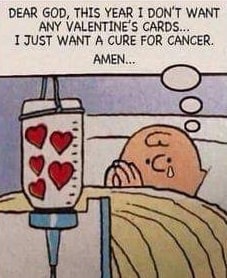 Finally, after other less exciting tests we meet with the nice PA. She reviews my medical history, which is very long and winding, and finally chief lung guy arrives. He is one quirky guy. In a nutshell he tells me I have a lesion in my lung that has been there a long time, like 4 years, without much change and it could be : a new primary lung cancer, a breast cancer met, or nothing. So he doesn’t know what it is and what do I want to do? Why is he asking me? He can remove it surgically, do I want surgery? Heck no, I do not want surgery on my lung!!! He says “Well I’m a surgeon, that’s what we do here”. I decided to take the let’s wait and see route given I feel fine and my lung function is normal.  He agrees, makes an appt. with me in 6 months with a CT and we are off. To be really honest when I saw what the surgery entailed in his little binder and thought about cutting into my lung, I freaked out. More importantly I really do have PTSD from my two month stay at the palace and want nothing to do with staying overnight there again, like ever. Of course I reconsidered my decision like a million times and needed Blanket’s assurances that I had picked the right door. So that’s where we are at with Cancer land.

Oh, and I also saw my new skin cancer doc and she removed a basil cell carcinoma on the back of my leg. Not loving having all these new docs and appointments.

It’s now confirmed that I will be on a panel at Cure’s Breast Cancer Conference in Miami and a patient focus group at the end of this month, beginning of March. Yay, sunshine and warm weather . Since Blanket’s coming with me we are going to Key West first. I would say its a bucket list since we have never been there but I don’t really have a bucket list. It’s just a new place to us. I hate lists, too demanding.

We had a fun Super Bowl without the worrying about the Patriots at Elizabeth’s house/backyard. It has been one rainy gloomy week since. Tim would like you all to check out his blog “Semi-Thoughtful Musings” @tbigs53. So there’s that.

Now for the good stuff! Head coconut is pregnant!!!!!!!!!! When they told us, as a family, on Christmas Eve, I felt the earth stand still and tears glisten like diamonds. I was truly thunderstruck as I never thought I would live long enough to experience this level of profound joy. Babies are magical miracles to me. Of course after my initial shock I immediately began to worry. After all, I experienced a miscarriage and two years of infertility before finally conceiving head coconut and then spent 7 weeks in bed with a daily shot. I come by my worrying honestly. Anyway, she was very nauseous and sick, complained miserably, slept a lot, and has now crossed over to the wonderous land of feeling better. I am having a Baby Bump box delivered monthly to her and now I am being bombarded with pregnancy and baby ads. I like this much better than the usual Geico ads and political shilling. I could look at baby stuff all day. 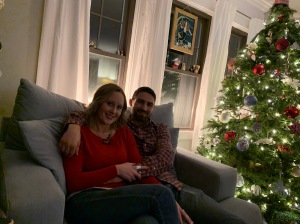 Next week is my 5 year anniversary of my metastatic diagnosis, so I have out lived predictions and now this…..Life is very good in the little house by the sea. I wish you all such moments of joy and love. My song choice…….goes without saying. 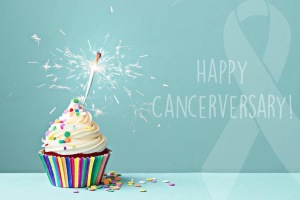 Love from the circus.