What does one say about 14 teenagers and 3 adults that were murdered in their classrooms by someone very mentally ill that had easy access to semi automatic weapons? All the red flags were there, it wasn’t out of the blue………our zealous desire to protect our personal rights and freedoms kept this young man out of the psychiatric hospital he belonged in and put him on the street where he could walk in a store and legally buy a gun. The world has gone mad.

Gun control is a complicated subject. What isn’t complicated is the simpleton in charge of the Department of Education. I was embarrassed and stupefied when I saw Betsy DeVos on Sixty Minutes but when a congressman asked her if she would make the time to meet with Parkland students in Washington DC—-her response was “I don’t know what my schedule is” instead of “I will make that my top priority,” —-my mind was officially blown.

Watching those teenagers marching around the country in the#Marchforourlifes was truly inspiring–enough to restore my belief that the children and teenagers will lead us out of this dark mess we are in. I know there are a lot of anti-Patriots fans reading this but I gotta say what a kind and wonderful thing Mr. Kraft did in flying those Parkland kids to Washington on the Patriots jet.

I have been busy, working a little and living through 3 Nor’easters’ in a row. We lost more trees than I can ever remember before, one through the roof of our barn, and no power for 3 days–Snowmeggadon! Now please go away!!!!!! Our yard is a mess and we spent, in the end, $4,000 on tree cutting and clean up. Spring, Where are you?

More on the work front–I will be substituting for the middle school’s Special Ed Coordinator’s maternity leave in May and June. Tim is thinking about doing some consulting work as well. This will be after a trip with Nurse Kelsey to visit family in North Carolina. The little coconut is headed to Turks ands Caicos (I think she has the right idea!). After that we are driving to Philadelphia for an MBC conference and visiting some civil war sites that Tim is longing to see. Sadly I learned this morning that my young friend, April Hines, died last night of MBC and won’t be there–that hurts more than I can say.

I realized recently that I have been distancing myself somewhat from Cancer World in light of my now 2 years without treatment/remission. I didn’t have any interest in the latest issue of Cure magazine and I find myself skipping over research articles about new treatments. If it isn’t about Triple Negative Breast Cancer, I am over it. I guess I’ve lost some sense of urgency although I know it’s going to wake up and kill me sooner or later. I guess I have cancer burn-out, although it is never far from my mind. Having 2 friends die in the past month makes me realize I can’t let my guard down.

Another wake up call came to me while cleaning out a closet. Tim and I have been purging like mad lately. It is somewhat cathartic to get rid of old stuff and I am motivated by not wanting the coconuts to have to clean up after me. What grounded me were two hat boxes shoved in the back of my closet. One held notes, e-mails and a little notebook I carried when my sister was dying of MBC and I was trying to keep the details straight about her medications, brain radiation, bank accounts, bills etc. At the bottom was a copy of the eulogy I gave at her funeral. It saddened me to find her life reduced to a hat box and notes in my perfect Catholic School girl writing (I can’t write like that anymore, another casualty of cancer treatments). She was the best!

The other hat box contained about 1,000 cards I received from all kinds of people, near and far, when I was first diagnosed with breast cancer in 2002 and had a long road of surgeries, chemo and radiation ahead of me. Rereading them was both sad and wonderful if that is possible—-a trip down memory lane to visit in my mind with each of those people who cared enough to drop me a note. I must say, I love cards with pictures of cats and I laughed at those the most. Finally I finished and decided not to keep them any more–no living in a hat box for me! I got stuff to do!

Of course I have been up to the usual shenanigans with my gang of friends who keep me grounded and humor me. Breaking bread and drinking wine are the greatest of pleasures when in the company of people you love–forget the chicken soup and the soul stuff!

Lastly, in light of world events I found a great quote by one of my favorite philosopher’s, Mr. Rogers.

“Love is at the root of everything. All learning. All relationships. Love or the lack of it.” 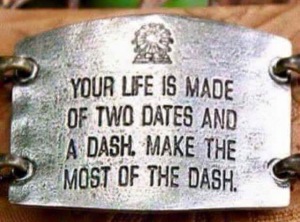 I wish you all peace (and F***king gun control). See you next time, sometime in this life.