Last week was a blur of doctor appointments and tests. The pretty shocking news? My cancer is withdrawing despite not having chemo since March. I don’t mean a little, I mean a whole lot.

Apparently the dreaded immunotherapy, Pembrolizumab, is continuing to work despite nearly killing me with septic shock. All of my tumors have significantly reduced in size with no new ones popping up, even the tumor under my kidney which seemed impervious to any toxins aimed at it. The war is not over by any means but this is a significant battle victory. The less great news, I learned from my nice, new, Norwegian endocrinologist at DFCI, is that the Pembro may have knocked out my adrenal glands and affected my pituitary and thyroid glands to the extent that I will need to stay on steroids and a thyroid drug for the rest of my life–more testing needed on that front. At least I don’t plan on fainting and vomiting in public anytime soon now that I know what’s wrong with me! Nephrologist (kidney) doctor said all was good. I am alive and off dialysis.

People, meaning other MBC patients, are asking me if I would do it all over again to get that result. Blanket and I give a resounding “NO”!

I am home, disabled, unable to work or drive or do a lot of things and I still have cancer. However, Blanket says that if I am still here in 10 years we might change our opinion on that!

What’s up next? Doc Rachel has given me a three-week break before we decide what chemo we are going to start next. It’s great to be on a wellness break while I continue to rehab at home but it is a weird kind of limbo–waiting to see what will happen next and unable to plan anything. I feel well enough to spend the fourth of July in Osterville with my brother and Diana and to celebrate Tim’s birthday/father’s day with the kids now that I have a handicap plate and don’t have to worry about walking but…….that is about how far my thinking goes. My days continue to be filled with great visits from friends and food deliveries between therapies. My hair is growing a little, my fingernails are really growing and no longer break and bend. One or the other coconut comes by weekly and paints them. I will miss that when I start chemo. I also have significant neuropathy in my feet that I thought would get better in time. It just didn’t and I have started on Neurontin to try to sleep better without feeling like my feet are on FIRE!

I have to say something about Orlando, but what? What can I say when no words will come? The 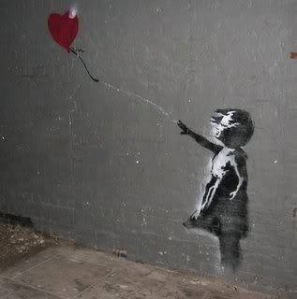 victims are all of us, everywhere. Allah does not discriminate. I would say we need more access to mental health services and more gun laws but perhaps this fellow was beyond reach. I feel it is our young people who are being targeted, here and in Paris, and it occurs to me that these young adults lost their lives at an age earlier than I will die. I can’t wrap my head around that nor do I want to. Hold your children close. Nothing is promised.

Onto other, happier things. Summer is officially here with warm winds and very loud birds outside my bedroom window. Dammit they are loud at 10:00 A.M!! Flowers are blooming all over. I was sitting in the backyard with Blanket the other night in front of a pit fire and I told him I never thought I would make it back here. I did not think I would ever sit in the Adirondacks and enjoy a summer night and fire flies and the cats again. Well, here I am! 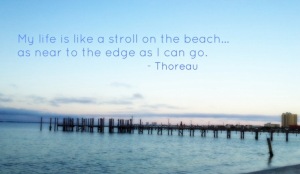 Unexpected bonus: the mother of my brother-in-law in Michigan, Henry, has moved to an assisted living residence outside Boston so they will be visiting more frequently. Lemons make lemonade!

Last night I read in an article in People magazine (don’t judge me) about a young woman who lost her limbs from the flesh-eating disease and she mentioned being in a coma in the ICU and having horrible hallucinations–I guess it’s not just me!!! Maybe we are lucky enough to not know many traumatic injury patients who might tell us about that.

Even my closest friends (I’m talking Bill and Carla, lol) don’t know how much I love Hall and Oates (after Stevie, Fleetwood, and Prince). I have been watching “Live from Daryl’s House” regularly–Tim doesn’t stay up late enough. Anyway, I feel like I have seen all the biggest peeps I have wanted—-Sting, U2, Fleetwood Mac, Annie Lennox, Springsteen, Moody Blues, Sade, Rolling Stones, and of course, Prince and Stevie Nicks, but H and O were on my bucket list. Blanket and I scored 20th row seats at Xfinity to see them in July. The median age will probably be 55 but who cares????? Probably no one will be drunk and step on me or blow pot in my face–bonus! I’m psyched, something to look forward to.

Happy Summer! Still no lasagna has shown up! What?!