I am writing this on a cold, blowing winter day. Snow Day–no school–Hurray! Words I didn’t think I would ever utter again.

I have been away for a while–not that I don’t have a lot to say (really Barb?), but the passing of the winter holidays and the transition back to the world of work has been time-consuming. I am always somewhat melancholy, for no particular reason, between Christmas and New Year’s but this year was especially a time of reflection and looking back.

A year ago I wasn’t expecting to be here, after two failed lines of treatment and news that my cancer had become triple negative. Well, a lot has happened since that time. I died and came back, not from cancer, but from the treatment. That is a lot to think about and for some inexplicable reason, I am alive and well and recovering from the treatment while forcing the cancer to retreat.

Am I a miracle?  It is hard to believe that–it seems so impossible, but so few women have attempted the experimental immunotherapy that I did, that there is no honest way to know except time. My most recent visit to Cancer House showed excellent blood work and low tumor markers, enough to postpone my next set of scans a little, until March, and allow me to continue to live a bit longer in the bubble of disbelieve and happiness. Meanwhile, my adrenal glands continue to not cooperate, meaning yet another trial to try to resurrect my cortisol. I agreed to try but I’m doubtful it will work– so begins the minuscule taper off steroids and a need to increase my salt intake to counteract light headedness.

I gotta admit–the longer I can stay away from Cancer House, the easier it is to pretend it doesn’t exist. After all, I am surrounded by love. Unlike many people I have the support of my family, friends and co-workers–something no one should take lightly from what I read on-line. A friend in town very recently passed away from cancer, a kind and loving mom. I am reminded how very lucky I am. I also fret over being a burden to them, less so right now, but in the future. After all, the Coconuts and Blanket have already had to give up so much to take care of me and nurse me back to health. It is no small task in the face of certain death lurking in the corners, waiting.

Enough about medical matters. I have physically rehabbed enough that I felt ready to make the leap back into the world of being a high school psychologist with a plan to start slowly,  part-time, and build from there. It is exciting and strange all at once to be back. The openness and enthusiasm of

the kids and their desire to pick right back up where we left off is inspiring. Kids do not look at me with sadness or pity, maybe too self-absorbed and wanting to get back to focusing on them–doesn’t matter, I like the focus shifting off of me. It has been great but after a month I realized I couldn’t do it full-time. My need to sleep between work days and exhaustion after school has been overwhelming and I have to be realistic. Three days a week is enough. I am trying to get back into a gym routine with Michelle and Christine and it’s been hard. Currently I am battling a doozy of a chest cold, guzzling codeine and NyQuil, a side effect from being around so many kids and people. It is hard to fake happy when feeling miserable! I am wiping and cleaning my office and door handles like a lunatic!

I am exhausted from advocating and resisting the evil work of the government–no need to go into detail but we can never let up on fighting for human rights and affordable health care. We cannot let a government hell bent on lying and whipping up fear and panic be allowed to flourish. Flying monkeys! Release those tax returns and divest Goddamn it. Keep fighting the good fight people. #Never the less, she persisted#

A really awesome antidote to all that is wrong in Washington was the Super Bowl–5th time winning– Patriots, our beloved team. Such AN AMAZING game, cannot put into words how great it was to be on the winning side for a change. How about Deon Lewis–my friend and supporter! Sorry Cathy! 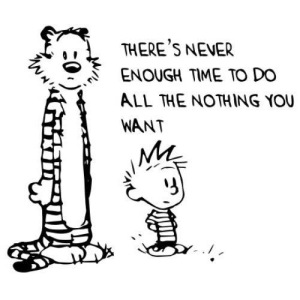 ow do I spend my time down? Of course knitting,–a woman at the knitting house recognized me from my blog and asked if she could take a selfie with me (huh)? Blanket has tricked me into watching The Vikings–8 episodes in, I find out there are 49 episodes—I’ll be watching until summer! He also has started getting me to do jig saw puzzles–god, we are turning into old people. However I still have fun with my crew, recently at Howl at The Moon and a huge Super Bowl party.  We just spent the weekend in Osterville with the Limes, Shawn and Diana. Today I am curled up with the cats in front of the fire-place hoping we don’t lose power!!!! If I wasn’t sick it would be perfect!

This morning I woke up from a dream, more of a remembrance, of my father’s mother–my grandmother, Mamie. I did not meet her until I was in 7th grade or so, after a family road trip down Rt. 95 to St. Petersburg, Florida that was a little like National Lampoon. Mamie was eccentric–small and weathered but feisty. She lived in a little bungalow filled with cuckoo clocks–all kinds, that went off randomly, and she drove an old Volkswagen bug and picked kumquats from a tree in her backyard. She wasn’t anything like my other Grammy, an Irish immigrant who mothered 8 kids and lived in a starchily manicured house in Roxbury and spoke with a thick brogue.

When I was entering high school, my father decided to follow his dream and retire early and move to Florida, near his mother who we hardly knew. It didn’t end well. My mother took to bed with a pinched nerve and depression, my brother unsettled by the nearly daily summer thunderstorms–he was recovering from being hit by lightning while sitting on a beach in Manomet that summer. It didn’t last long. Before we entered school that Fall my father gave up the dream in the face of his falling apart family and we moved back home. I mention this only in the sense that dreams are important but come with adjustments and fine tuning. What is good for one has to be good for all. We are not alone in this universe–we are all connected and our actions can cause ripples that can echo for eternity. Nurture your dreams but consider the implications and put love and others before your self, like my Dad did. Lecture of the day coconuts. 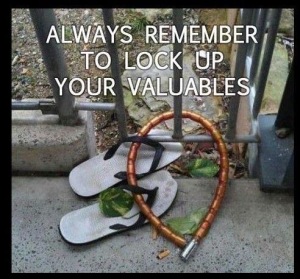 Time to build snow forts and snow people, throw snowballs and play. Hold your littles ones tight and tell them daily how you feel about them. That chance may not come around again.